Everyone knows that taking vitamins is important, and a multivitamin is one the best ways to get complete nutritional coverage in one dose. It’s also especially important to know if there are any multivitamins without Vitamin K-2.

It’s an important caveat. As a general rule, multivitamins are completely safe, but there are a few situations where medical precautions must be taken, and one of the most important involves the K2 vitamin. Specifically, it’s important to avoid taking a multivitamin with K2 in it if you’re on blood thinners. Let’s take a quick look at how this works and why you should know if there are any multivitamins without Vitamin K.

Most people have heard of K2, but a lot of folks don’t know its technical name, menaquinone, or that it has a K1 counterpart, which goes by the name of phylloquinone. What’s the difference? Primarily, K2 is typically found in animal foods and fermented foods, while K1 is more of a leafy green vegetable type.

Both K vitamins play a vital role in the metabolism of calcium, and many researchers believe they may be linked to several chronic diseases and play an important role in heart health. K2 is believed to prevent calcium buildup in the arteries, which is obviously a significant factor in heart health. Calcium also plays a pivotal role in bone health, so K2 may provide important benefits in that regard as well.

One of the things K2 does is function as a coagulant, which means it does things that are at odds with blood thinners like Warfarin/Coumadin, which is typically prescribed for older patients with heart issues. K2 can actually decrease the effectiveness of Warfarin, which could potentially have dire consequences for some older patients on this drug.

That doesn’t mean these patients should completely curtail their K2 intake. It’s found in a variety of healthy foods, as is K1, so eliminating one or both would be the equivalent of throwing out the baby with the bathwater. It does, however, mean that those on Warfarin should be careful about their K2 intake. They should give their doctors a good idea of how much they’re getting from their diet, and they should also know what kinds of supplements they’re taking. Ideally, these things should be balanced in a way that works with their blood thinner to optimize their health. 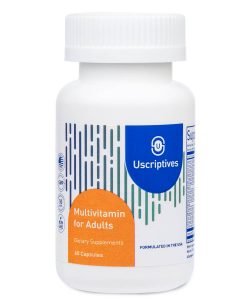 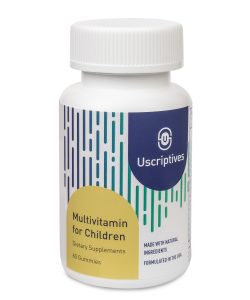 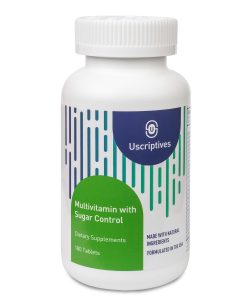 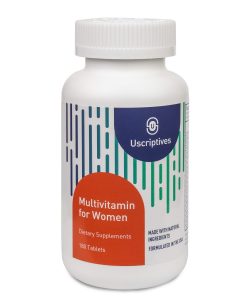 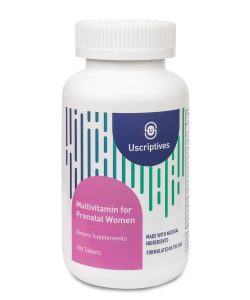 While there’s less risk with multivitamins, they are a part of the picture. Some doctors will recommend a multivitamin with no K2, so here’s what to look for if that happens to be the case for you.

The good news is that the awareness of possible issues with K2 and Warfarin has elicited a positive response from vitamin and supplement companies. One of the best options is Uscriptives Multivitamins. Uscriptives offers multiple multivitamin formulas including a formula for adults, women, prenatal women, children, and diabetics.